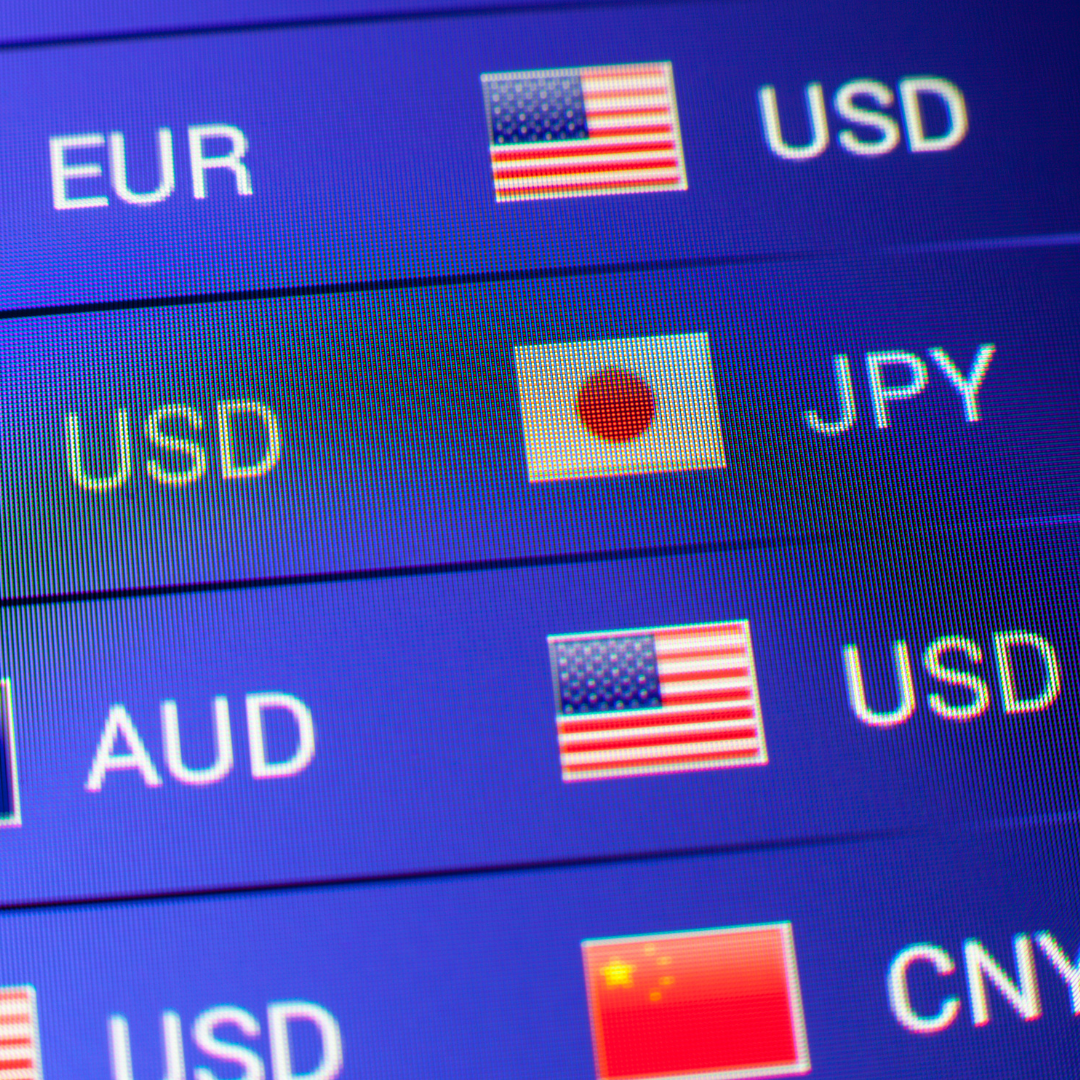 SHOW ME THE MONEY!!!

As you may know, along with regular financial topics, we like to bring you perspectives that you are unlikely to see in the mainstream financial news.  The focus of this piece will be currencies.

Currencies are the form of payment for goods and services generally accepted in a country or region.  "Money" would be the overarching term for currencies.  Some examples of currencies would be the U.S. Dollar, the British Pound, the Euro, the Japanese Yen, and the Chinese Yuan.  Currencies have been around for thousands of years.  They are unlikely to be supplanted in the foreseeable future.  The reasons for that assessment are beyond the scope of this piece, but feel free to follow up with me if you are interested in learning more about that topic.

One of the primary drivers of a currency's value is the level of interest rates for the home country.  Suppose Country A and B have similar credit profiles and Country A has a 5% interest rate while Country B has a 3% interest rate. In that case, Country A's currency will likely be more valuable on a relative basis. In fact, investors might borrow money in Country B's currency and use those funds to buy Country A's currency.  That is known as a Carry Trade.  The phrase "relative basis" is very important when discussing currencies because currencies are a zero-sum game.  What that means is they do not create value.  One currency goes up in value, and another goes down by the same amount. 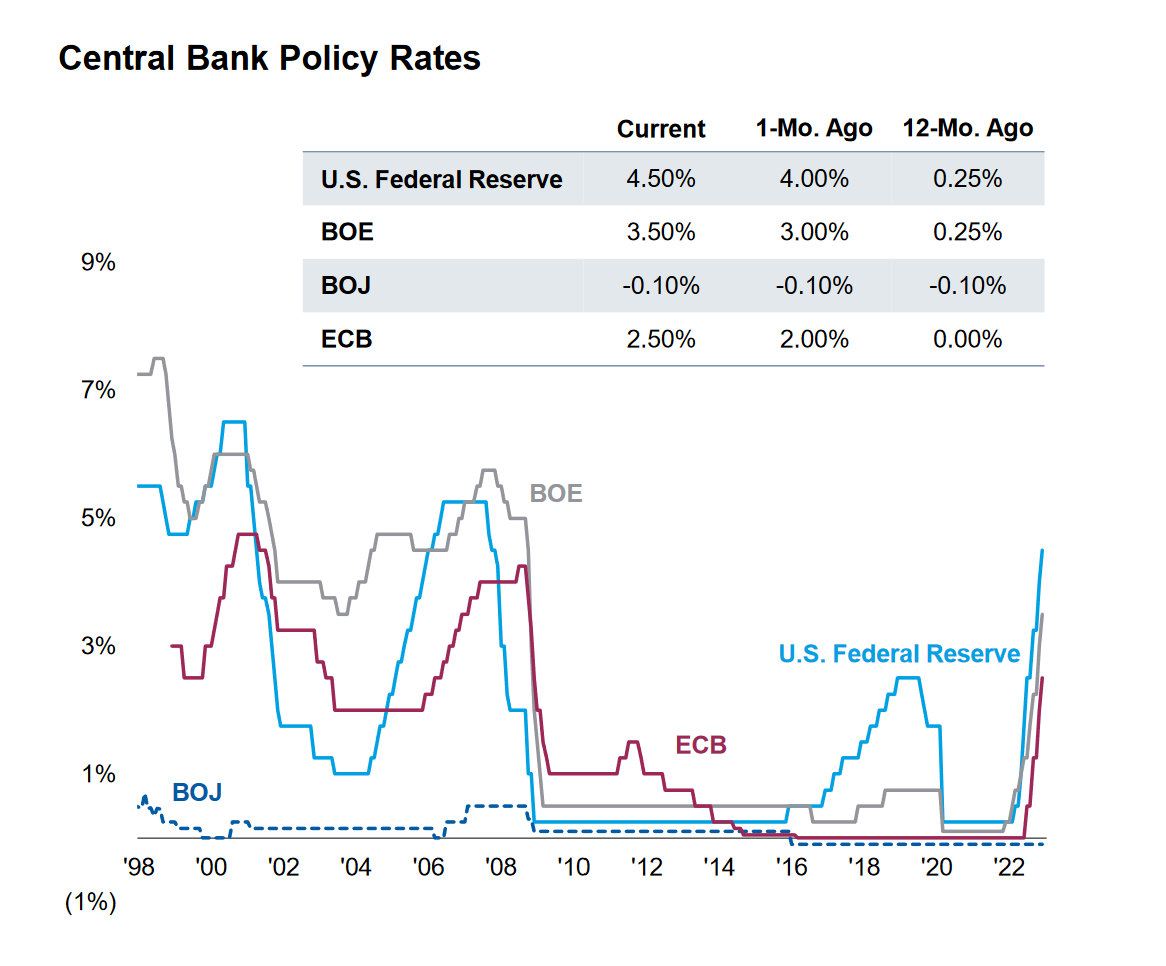 So, for 10 of the 13 years (before 2022), interest rates were kept very low.  That meant lower volatility for currencies.  Since the first quarter of 2022, central banks have been raising interest rates at different increments, times, and trajectories.  This non-coordinated approach has led to greater currency volatility.  The dollar has rallied tremendously against major currencies over the last year, but as other central banks have raised their interest rates, the dollar has fallen in the last three months, as shown in the tables below. 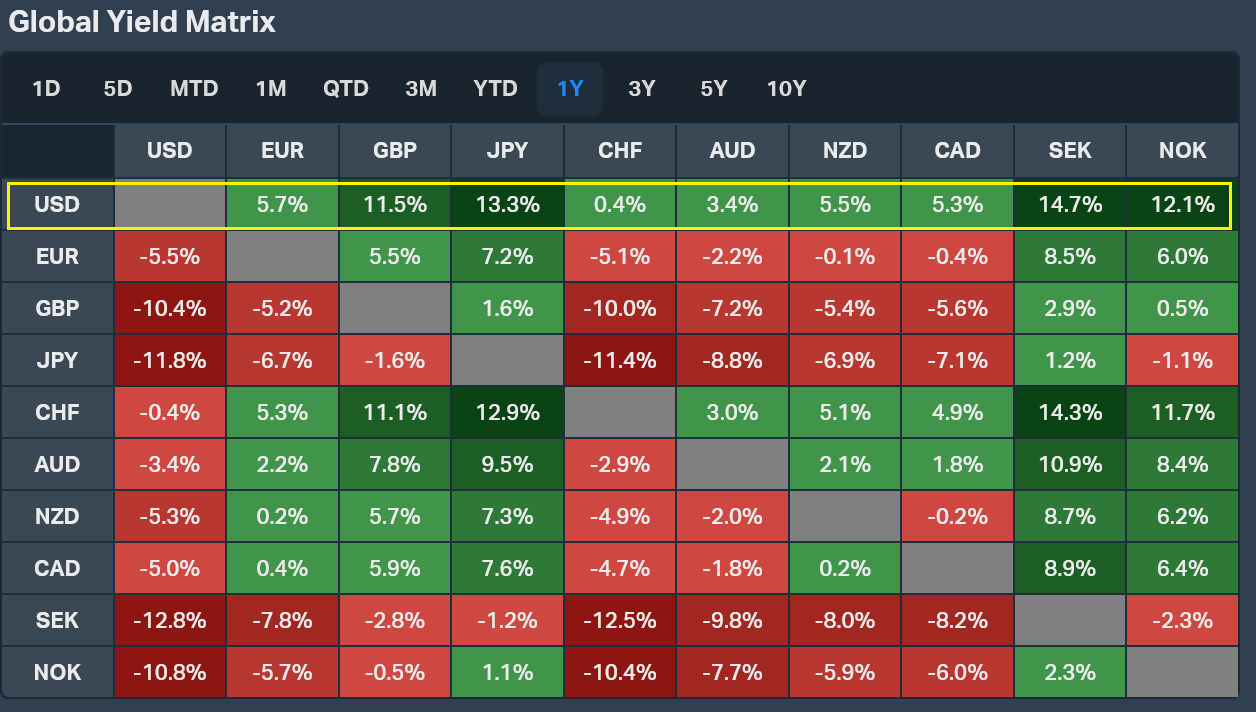 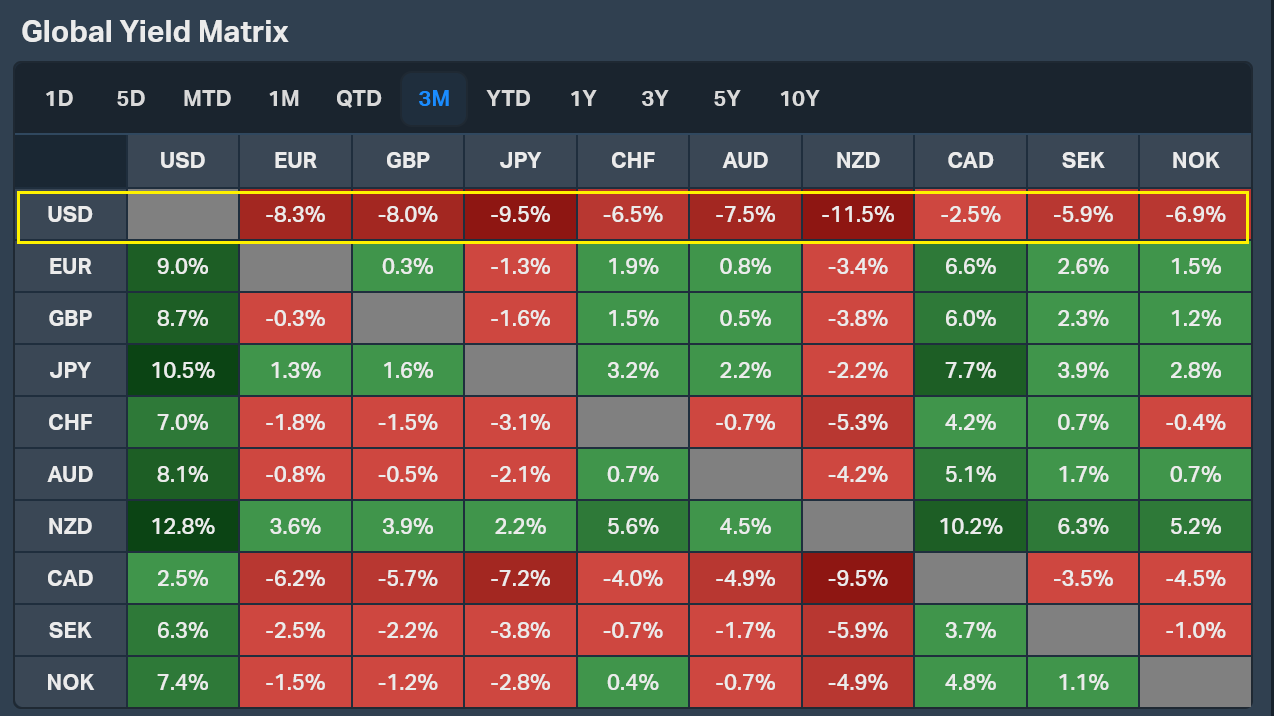 It appears that central banks are no longer worried about coordinating their efforts.  It also seems governments are looking to fight their inflation battles without major coordination.  We are not passing judgment on either of these policies; we are simply making an observation.  If those policies hold, then it stands to reason that we are likely to see some central banks and governments potentially declare victory against inflation prematurely.  If that happens, they might suddenly have to raise interest rates when inflation moves against them.  If that happens, we could have greater currency fluctuations.  This scenario seems to be growing in probability as the weeks and months go by.

Okay, what does this have to do with investments and financial planning?  Good question.  ~40% of the revenues of S&P 500 companies come from overseas.  In other words, those revenues are obtained in other currencies and thus are subject to currency volatility.  Many companies do a good job of hedging their currency exposure, but greater volatility makes that task more difficult.  This leads to more earnings volatility and the need for greater discernment in reviewing earnings reports.  More earnings volatility tends to lead to more price volatility.  As an investor, what can/should you do?  At 323 WM, we monitor our clients' currency exposures and manage those risks accordingly.  For example, we have avoided international stocks for several years, especially in emerging markets.  One of the factors in that decision is the currency risk.  Over the last three years, the S&P 500 Index is up 20.32%, while emerging markets stocks (as represented by EEM) are down 5.42%).  See the chart below for reference.  If you are managing your own investment portfolio, it is important to know where a company is domiciled (headquartered), but it is also important to know where they get their revenues. 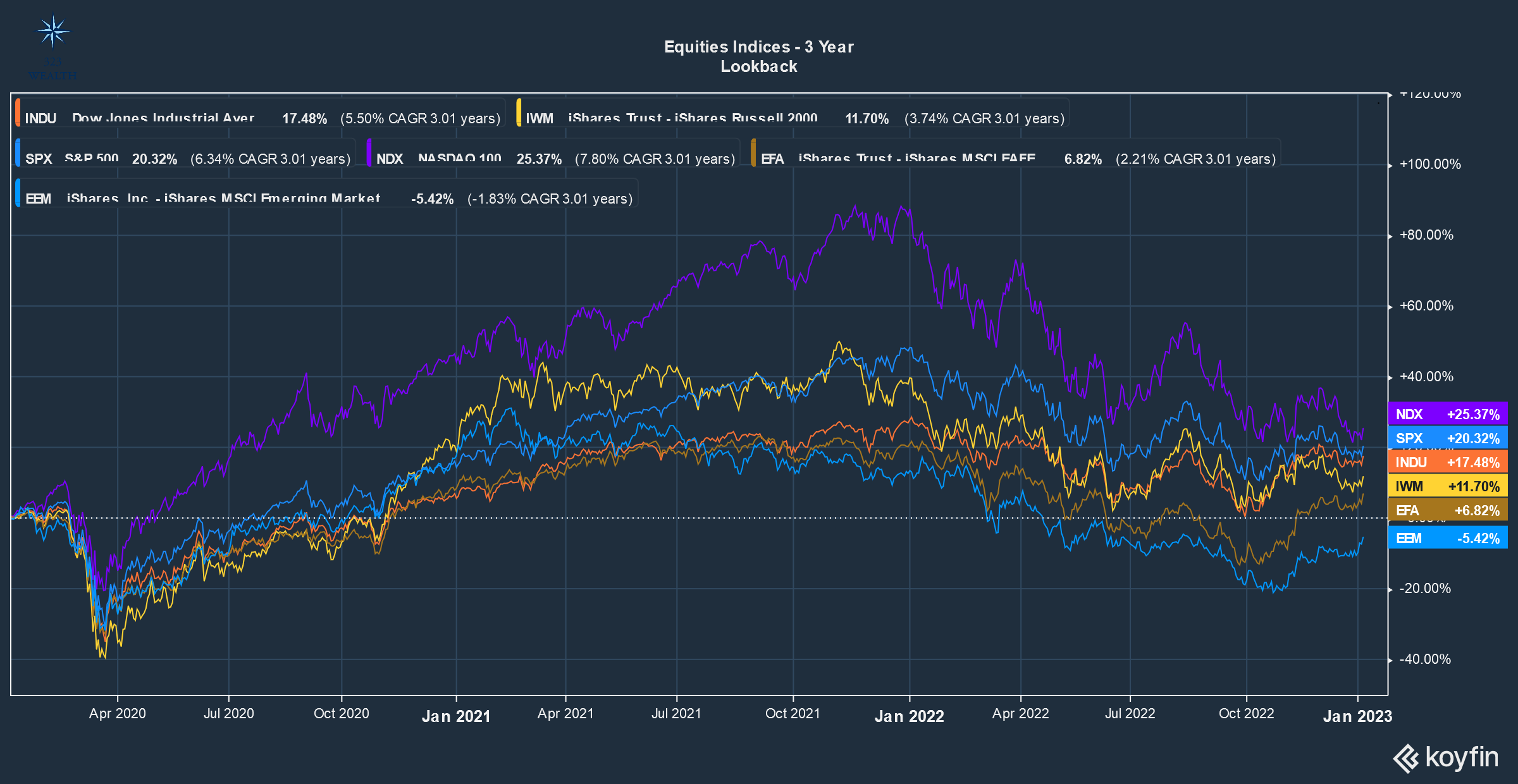 Please let me know if you have any questions about this or other financial matters.